BIONICLE was a line of toys and a storyline made by the LEGO Group that is marketed towards those in the 7-16 year-old range. The line was launched in January 2001 in Europe and June/July 2001 in the United States.

The year 1997 was an absolutely horrid time for the LEGO company. For the first time in the history of the company, it had posted a loss. The LEGO Company needed a change in order for it to appeal to this new generation of youngsters. They realized that kids in this fast-paced modern world wanted something cool to play with that would encompass more than building blocks. Kids wanted a story behind those blocks, and to go with that story they wanted neat pieces that they could use to create their own play fantasies.

This was the start of BIONICLE line, which was a smash hit, taking LEGO out of the red for 2001.

For a time, the BIONICLE franchise used words out of Polynesian languages, most noticeably the New Zealand Māori language.

However, after some controversy (see below) regarding LEGO’s use of words from other cultures, many of their names now either have no root word, or are based on English or Latin words.

After the BIONICLE toy line was released in 2001, Māori activists criticized Lego for the use of Māori words, saying that they were illegally patenting aspects of their culture for their recently released video game based on the toys. A lawyer, Maui Solomon, had written to Lego on behalf of three Māori tribes, demanding that sales of the game halt. Solomon later added that it was a trivialization of their culture, such as the use of Tohunga (meaning "Priest") as a word for the common people of the BIONICLE world, that brought up cultural and moral issues. Eva Lykkegaard, a spokeswoman for Lego, denied allegations of interfering with their cultural heritage, saying, "On the contrary, we have a deep respect for the history of the Polynesian people and for the richness and cultural diversity of the universe," adding that Lego had only registered BIONICLE for a trademark, but none of the other words. Lego would not use any more Māori words from then on, however they could not change many words that were already incorporated in the BIONICLE universe. 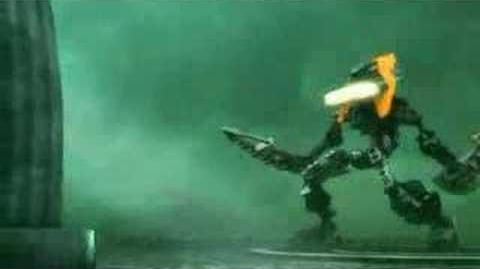