BIONICLE: The Legend of Mata Nui was a planned PC game scheduled for release in the Fall of 2001 before ultimately being canceled. Developed by Saffire Corporation, the game was to tell the story of the Toa-Mata on their quest to defeat Makuta following their arrivial on the island of Mata-Nui. A rebuilt version of the game was announced on June 24th, 2019 for release on August 10th, 2019. The rebuild was developed by Litestone Studios.

The game was commissioned by the LEGO Group sometime in early 2000, with Saffire Inc. being tasked with its development alongside BIONICLE: Quest for the Toa . Both games were featured at the 2001 Electronic Entertainment Expo (E3) and were reportedly quite popular with show attendees, although one journalist pointed out an "impossible jump" that was later revealed to be an insta-death platform towards the end of Onua's level. With development nearing its end, however, the LEGO Group moved to cancel all further work on the game, citing "chip compatibility and timing". Saffire Inc. went bankrupt several years later, ceasing operations in 2007.

The game featured seven levels, the first six of which revolving around a specific Toa and their quest to defeat an elemental beast and recover a Makoki Stone.The seventh and final level involved time-trials for each of the six Toa, followed by the formation of the Toa Kaita, and possibly even a confrontation with the Makuta. Gameplay was primarily centered around the Toa-Mata's quest to find the Kanohi Masks of Power, often by overcoming various trials and facing the Rahi. Furthermore, the game was to be heavily puzzle-oriented, often requiring the player to make use of their collected masks and abilities, with advancement frequently involving backtracking to previously inaccessible areas and making use of newly discovered items or powerups.

The game's final build was acquired by Litestone Studios in April 2018. Litestone completed the game and published it on August 10th, 2019. The game is available for download from BioMediaProject. 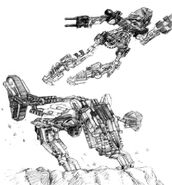 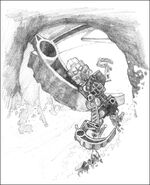 Toa Mata Lewa being carried by a Rahi Nui-Rama 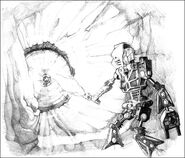 Toa Mata Tahu discovers something on the rock wall 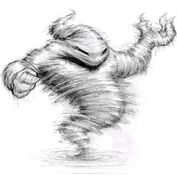 This main menu is missing a SAVE BUTTON! 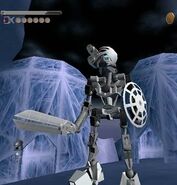 LBLMN version of the Toa Kaita

LBLMN version of the Mangaia

Onua going down to the rahi bat cave within Onu-Koro

Onua found a Kanohi symbol next to the huge Lightstone!

&....another one, but with a different Kanohi symbol

Its not every day that you can find a secret area in the beta game.

Where does this village portal leads to?

A beach with lots and lots of sand.....and my opened canister

Where does this path lead to?

another cave where you can see the sky of Mata Nui

You are here (the point at Papa Nihu Reef Shore)

I thought Ussal Crab are bigger than this......

LBLMN version of the Manas

Toa Kaita VS the Manas

VICTORY FOR THE TOA MATA!

The Onu-Matoran are quickly gathering to celebrate the Toa Mata's victory
LBLMN Turaga Nuji and the Ko-Matoran in Ko-Koro gaze at the light in client celebration.png
semi-silent celebration at Ko-Koro

Everyone here is doing the great Takara (a dance for an important event) in Ta-Koro!

Ga-Matoran and Turaga Nokama are doing the same in Ga-Koro!

Retrieved from "https://bionicle.fandom.com/wiki/BIONICLE:_The_Legend_of_Mata_Nui?oldid=196379"
Community content is available under CC-BY-SA unless otherwise noted.