Once I was a warrior, like the ones held here. Then I and five of my brothers were chosen by the Great Beings for the honor of leading the villages of Spherus Magna. We were changed by their power, made one with our elements, and given armor and weapons to defend our people. We were no longer like Agori, or anyone else. We became nature itself, as benevolent, giving, ruthless, and indifferent as that can mean.The Element Lord of Jungle, Riddle of the Great Beings

The Elemental Lords were seven extremely powerful beings created by the Great Beings. Until the Shattering, each of them led their respective tribes.

While the Great Beings were the leaders and rulers of the planet of Spherus Magna, they eventually wished to withdraw from the regular tedium of administration and governing. In an attempt to relieve the pressure on themselves and free up time to continue with their creating, the Great Beings devised a solution. Selecting a leader-class Skrall and six other members of the Glatorian species (each from their respective tribes), the Great Beings brought them to the Cavern of the Elements, a part of their underground lab in Tajun. There, the Great Beings were successfully able to alter the prospective Element Lords, giving each great power and control over their individual element. The Element Lords each retained their identities and names, although the transformation had affected every part of them. The Great Beings gave the newly-created Element Lords armor and weapons fitting their Elements, and then placed them in control of their corresponding tribes on Spherus Magna. Until the discovery of the Energized Protodermis spring, the Element Lords ruled together in relative peace for thousands of years.

After the discovery of the spring near Iconox, the other Element Lords expected the Element Lord of Ice to share the newly-discovered Energized Protodermis with them. However, greedy for more power, the Element Lord of Ice refused to share any part of the substance with the others, and in fact began to barricade the region from them. Enraged by this, each of the other Element Lords gathered their forces and began to fight the Ice Tribe and each other for the chance to seize control of the Energized Protodermis spring. Thus the Core War began, a planet-wide vie for power that not even the Great Beings could stop, and ultimately saw the destuction of the entire planet and the creation of the Matoran Universe.

The Element Lords would remain trapped for thousands of years, until shortly before Mata Nui managed to merge Spherus Magna back together. However, their legacy would live on in the hearts and memories of their citizens, many of whom remembered them and their war. After the Element Lords were freed, they began to make their way to the Valley of the Maze, an artificial volcano and former headquarters of the Great Beings, containing a massive amount of power that each Element Lord craved. Along the way, the Element Lords continued their eons-long war, this time amongst themselves.

While Tarduk, Crotesius and Kirbold passed through the White Quartz Mountains, the Element Lord of Ice released an avalanche over the valley where the three Agori along with Surel and his pack of Iron Wolves, an attack against the Element Lord of Fire. However, it was molten and vaporized before it even hit the ground. Later on, the Agori found a strand group of trees. When Kirbold noticed that they were holding weapons he decided to return to Iconox. Suddenly the armed trees picked up Tarduk and Crotesius. Then some leaves on the ground swirled into a being. He was covered in thorns, vines, and leaves. Tarduk knew this had to be the Element Lord of Jungle. The Element Lord released Tarduk because they were of the same tribe. Tarduk look behind the powerful being and saw Kirbold returning to them. To make things better he had a torch. Kirbold ran up to the Element Lord of Jungle and tried to burn him. Before he could the Element Lord disappeared.

The Element Lord of Water was next to attack the three Agori, dragging them underwater, but allowing them to breathe. He demanded that the Agori inform him of the route, which they said they knew the way. While threatening them, the Lord of Water was attacked by the Lord of Ice, who began freezing the river. The Lord of Water however managed to flee. In the end, the three Agori were confronted by the Element Lord of Rock, who had take the form of Tarduk, but made of stone. He allowed them to continue, as long as they promised not to take anything from the maze.

As part of their powers, each Element Lord possessed the power to create, control, and absorb their respective Element. Their control over their element was extremely great, and each were immune to damage inflicted by their own element. In addition to this, each Element Lord could also "possess" their portions of their element, allowing them to animate it from over a great distance. As a side affect of this power, if their essence is damaged or destroyed while possessing their element, then the Element Lord currently inhabiting that substance would be damaged or killed.

Each Element Lord possessed their own personality, which fundamentally remained the same after their transformation. However, as part of the transformation, each Element Lord came to possess the traits of their respective Element; eventually, they came to embrace this, and acted accordingly.

I do not know why you have come here, but I tell you now to turn back. The Element Lords walk this planet once more, and the fortunate among you will die first.Surel to Tarduk, Riddle of the Great Beings

"Wait a minute," Crotesius interrupted. "I remember the Element Lords, and the armies, and the war, but the war ended more than a hundred thousand years ago."
Surel shook his head. "It ended for you, for their soldiers, and it ended for Spherus Magna, as all things did in that one horrible moment. But for the Element Lords, the struggle goes on."Surel and Tarduk, Riddle of the Great Beings 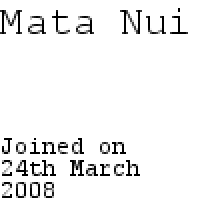 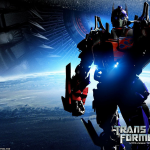