Inika Island Assault (also known as "IIA" to some fans) was an online game created by Tanukidesign, (also known as Les Tanukis) and was formerly hosted by LEGO in 2006. It can still be downloaded from the BOGA (BIONICLE Online Games Archive) website or played online/downloaded on The BioMedia Project website. It is similar to Contra for the Nintendo Entertainment System or NES

On the first level, you must get to a cave entrance, avoiding enslaved Matoran, Camera bots and Dagger Spiders along the way. On the second level, you get through an icy cave, avoiding falling icicles along the way. When you reach a point where there are cracks in the floor, you fight Thok and avoid a sharp chunk of ice that erupts from the floor.

You first must get to a staircase, freeing Matoran in cages, fighting enslaved Matoran, leeches, Camera bots, and Dagger Spiders as you go. You then go along a ruined part of the stronghold and then when you reach a wall lined with spikes, you fight Avak, but you must first disable his giant Zamor cannon which approaches from the direction you came from.

You must go through the first level and fight the same enemies as before, but there are an abundance of leeches. You then go to a second level where you fight Vezok, but must first wait for him to emerge from a body of water and jump onto a bridge.

On the first level, as well as usual foes, you fight Lava Hawks and Chute Serpents. You then advance to the second level, at the end of which you fight Hakann, but you can only do so after he emerges from his protective canister, though there is sometimes a glitch which prevents him from getting back into it.

You must go through the desert on the first level fighting enemies as you go. Fight Reidak on level 2 as his drill comes out of the ground.

The first level is like any other level. On level 2, Zaktan rides a modified cablecar, which fires powerful lasers, Zamors, and a Zamor serpent. The Zamor serpent is invincinble and cannot be destroyed, so it must be avoided while the Toa shoots at Zaktan. 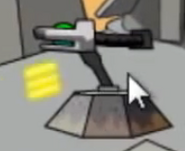 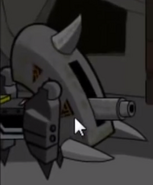 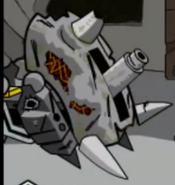 Avak's cannon after being destroyed

A camera bot
Add a photo to this gallery

Retrieved from "https://bionicle.fandom.com/wiki/Inika_Island_Assault?oldid=188548"
Community content is available under CC-BY-SA unless otherwise noted.