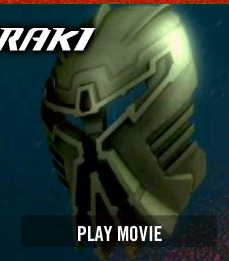 So? what do you think?
You can easily tell where that came from.How about one from the animation with nothing around it,except water of course.-Legodude760{Talk|Contribs} 02:08, 23 January 2007 (UTC) 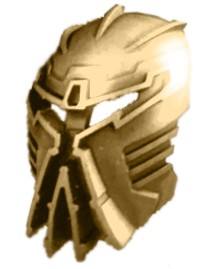 this is still not form the animation but i did manage to Ctr+print screen before the Play movie and barraki came up. i got the green Barraki.Biofreak 22:13, 24 January 2007 (UTC)

Being that Toa Ignika is in a way a separate entity from the Ignika, I think it should have a separate article. Perhaps not until Book 9 comes out and we get more information about him (it?) for a History section. What do you all think? ToaAuserv

we could keep what we have and have, "Main artice at Toa Ignika" - LD760{Give a yell}

Sounds good. We don't have to make the article yet, since right now all we know about Toa Ignika is already on this article. ToaAuserv

Who Is The Toa Ignika

I think that he's Matoro because Matoro Gave his life to save Mata nui so the mask rewarded him by making him the Toa Ignika. Ps It's just a guess. MAKUTA OF METRU NUI HAS RETURNED. THE APOCALYPSE IS COMING

Nope, Toa Ignika isn't Matoro--Matoro no longer exists in any form whatsoever, nor will he ever again. (As far as we know.) Toa Ignika is actually a collection of particles that the Mask of Life is holding together in order to be able to join the fight, become a hero, and have friends. ToaAuserv?...BPAdmin 20:33, 30 January 2008 (UTC)

Maybe you didnt understand what i meant, in the article it says it had a personality of a child etc, even when it didnt have a body, what i mean is when teridax put mata nui's soul inside the ignika, did the mask of life's "mind" die when mata nui's soul was put into the ignika?--Toa Dariux 21:01, 26 December 2008 (UTC)

Yeah, Greg has said that the Ignika's mind is still in the mask, but just suppressed by Mata Nui's. I'd compare it to Dekar and Hydraxon--the recreated Hydraxon has the memories of the old Hydraxon (minus the events surrounding his death), but suppressed deep inside his consciousness is the memories of Dekar. Basically the mask's mind is still there and Greg hinted that it may be able to communicate with Mata Nui's mind. ToaAuserv?...BPAdmin 01:56, 27 December 2008 (UTC)

Can I add this brand new image? 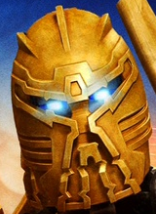 KingDonfin You Seem familiar have I threatened you before!!!

We should use the new pic. We have enough info (from Bionicle comics and TV commercials alone!) to say that Mata Nui makes himself a body on Bara Manga wearing the Ignika, and that is the picture of it. Do it!

Okay, looking at this, I can't see any reason not to include this information, as long as it's been released in some form of official capacity. Is it from some sort of bootleg partial transcript or something? -Daiku{Whine Here} {Look what I did!} 21:49, 18 March 2009 (UTC)

I have no idea of where that info is from, but it is movie story, and according to the spoiler policy; "As for books and movies: Spoiler tags must be used for one month after official release". And the movie is not officially released yet.Mata Nui

Indeed, we have no restrictions on released information available before the release date. It's just that any information about it must be in spoilers and remain in spoilers until one month after release. -Daiku{Whine Here} {Look what I did!} 22:04, 18 March 2009 (UTC)

A user has been removing the "Bara Magna" section. So, per Edit War rules, I've restored the page to its original version and locked it. Now, is there any reason that paragraph should not be there? -Daiku{Whine Here} {Look what I did!} 19:05, 23 April 2009 (UTC)

Hmmm.... Don't you think it's a bit of a spoiler? BS01 isn't allowing spoilers for a while. The user must not think we should either. Just out of interest, who is it?
BobTheDoctor27 We saved the O-Zone Layer, now let's save Bionicle Reviews Wiki!!!!

Wheres the source saying he won the arena match and defeated the Skrall?
BobTheDoctor27 We saved the O-Zone Layer, now let's save Bionicle Reviews Wiki!!!!


(God... when you look back at these things! XD ) Anyway, if everyone remembers the color of the Ignika meaning something ; ie gold=good, silver=bad, black=destruction of Universe, then what would the Ignika being yellow with the 2009 Mata Nui set mean or does that have no canon relevence?
BobTheDoctor27 We saved the O-Zone Layer, now let's save Bionicle Reviews Wiki!!!!

I think they just wanted to save on paint. I can't be sure, but its possible sparkly gold paint costs more that just plain yellow. Or thay wanted him to fit in with the other sets more easily. dull red, dull blue, dull black, GOLD, dull green, dull white.

Under trivia, it says that if "Toa" Ignika were killed, it would bring everything to life, as if the Mask were destroyed. I know that this is a different even from Mata Nui dying, but I thought that the destruction of the Ignika would kill everything. --May the Force be with you, and may Darkness follow you. Agent K 18:46, May 24, 2013 (UTC)

Retrieved from "https://bionicle.fandom.com/wiki/Talk:Ignika?oldid=169038"
Community content is available under CC-BY-SA unless otherwise noted.