Where do I add him? Members? Former Members? • Hammerise

Brutaka served the Brotherhood ages ago; I just thought I'd be thorough and put him in the "Former Servants" section. Also, the Exo-Toa have worked for the Brotherhood at least as early as the defeat of the League of Six Kingdoms, and as late as the BOM attack on the DH fortress in Legends 4. Mighty Me 01:19, 20 April 2008 (UTC)

You're going to have to show me a quote that says Brutaka ever served the BoM, and if we put down all the servents of the BoM (like Fohrok, Visorak, Dark Hunters, Exo-Toa, etc. ) then the Template will be pretty large. But, if you think Exo-Toa belongs on the Template, I won't stop you. -Panakalego 03:27, 20 April 2008 (UTC)

Someone who's better at template editing needs to change it so that we only have one, readable color a link. Thanks! -Panakalego 02:48, 29 May 2008 (UTC) 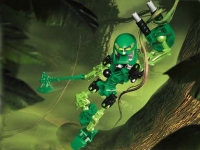 Since when is Tridax deceased and Miserix should go in a section called former leaders because he never served Teridax.Andrew1219 22:40, 27 November 2008 (UTC)

Someone messed it up after I rewrote it following our recent policy on deceased characters. Panakalego 00:32, 28 November 2008 (UTC)

Retrieved from "https://bionicle.fandom.com/wiki/Template_talk:Brotherhood_of_Makuta?oldid=63951"
Community content is available under CC-BY-SA unless otherwise noted.