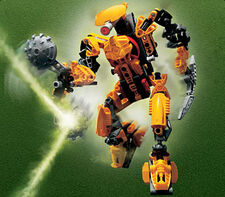 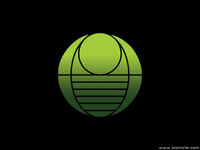 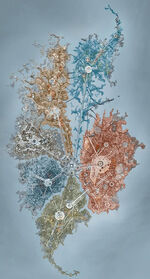 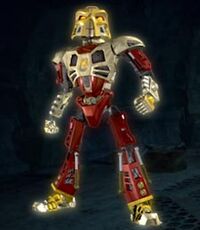 Lhikan is a Toa of Fire and a hero to Metru Nui. He fought with Nidhiki in the Toa/Dark Hunter War, only to be betrayed by him. Hundreds of years later, he went to the Temple of Mata Nui, and sacraficed his power into Toa stones. He gave them to six chosen Matoran, who would become the Toa Metru. He was then captured by Nidhiki and Krekka. He was imprisoned with Onewa, Nuju, and Whenua. When the other 3 Toa came to rescue them, Lhikan revealed himself, and discovered that someone was posing as Dume. Stealing a Vahki Transport, they made their way to the Coliseum. Lhikan and the Toa traversed the Silver Sea along with 6 Matoran Pods. Almost at the great barrier, Makuta revealed himself. He was about to kill Vakama, but Lhikan took the deadly blow, killing him. To quote an illusion of him on Voya Nui, "As long as you still remember me, I am not truly dead." 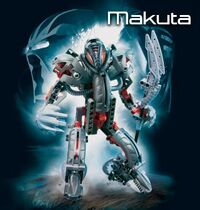 Retrieved from "https://bionicle.fandom.com/wiki/The_BIONICLE_Wiki:Featured_Article_Archive?oldid=11187"
Community content is available under CC-BY-SA unless otherwise noted.