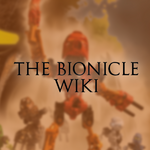 These are the Site Rules and Policies of The Bionicle Wiki. You are expected to have read them before beginning to edit. Following them will not be hard; this is just to warn you what will happen if these rules are violated.

Below are things not tolerated on The BIONICLE Wiki, and what the consequences are for going against these rules.

To avoid having your edit being mistaken for vandalism or fanon, please use citations.

Whenever new story material is released, there is a certain period of time in which you cannot submit spoilers without spoiler tags (place this: {{Spoiler}} on the top of any page containing spoilers), and in special cases, spoilers will not be allowed untill an official LEGO rep says otherwise. Penalty for failing to use a spoiler tag may result in a 1-week block.

Below are the guidelines for when spoilers must use spoiler tags:

Spoiler tags are not required for the following:

Leaked set names, set images, story information, or anything of the sort are not allowed in any way. Submitting leaked information to this site can result in an immediate block, ranging from one week to one year, depending on the severity and amount of the leaked info. Only add information if it has been officially released by The LEGO Group.

All articles on The BIONICLE Wiki except those about "real things" (BIONICLE books, movies, etc.) should be written in past tense ("The Toa were heroes", not "The Toa are heroes"), from the point of view that the BIONICLE storyline happened a long time ago. Disobeying the tense policy, unless done so intentionally (in which case the offense would be counted as minor vandalism), will not result in a punishment, only a warning.

Sometimes, two users will disagree on a line or section of an article, and will both repeatedly change it back to the version they prefer. Usually, this starts with a single edit that another user doesn't like. In the event of an edit war like this one, the article should be reverted to its version immediately before the conflict edit, and left that way until an administrator can sort it out or a consensus is reached on the article's talkpage. Continuing to change an article after it has been reverted to its previous version will result in serious punishment.

Sometimes in the BIONICLE storyline a character dies; all this means regarding articles is the character will be listed as deceased on their article only. Please do not add "Deceased" to templates or any other lists regarding that character, as due to our tense policy, all of these beings existed in the past.

Theories, popular or not, are not permitted either. If something is widely believed, it may be worth a mention in the Trivia section, but it should never be stated as truth unless an official source supports it.

Administrators are like the "Toa" of The BIONICLE Wiki: They use their powers to keep The BIONICLE Wiki a clean and safe site to visit. But if an administrator should abuse their power for personal gain, or vandalise, they will be demoted ASAP, and shall be banned. The duration of the ban will vary, depending on how much damage the admin had done.

Also, all The BIONICLE Wiki members are expected to show respect to any and all administrators. Intentionally insulting an admin (or anyone else, but admins tend to be insulted more than other users since they enforce rules that others may not be happy with, give punishments, etc.) will result in a one-day block at least, and will increase depending on the seriousness of the insult.

Banishment, or blocking, happens when a member causes intentional harm to the wiki. And the length of the block will vary, depending on the degree of that member's violation of the rules. Banned members are usually still allowed to edit their own talk page, as long as they don't use profane words, or insult any users.

And when a user is blocked, please do not post thing like "I'm glad he's gone" or "I hated him". When a user is banned, they have received just punishnment for breaking the rules, and don't need to see other users insult them while they're banned.

Sometimes articles will need to be deleted, either because the article is spam, vandalism, or it has no need to be here. If you see an article that you believe should not exist, simply type {{Delete}} on the top of the article. But if an article absolutely must be deleted as soon as possible; type {{D|*enter reason for deletion*}} on the top of the page. If the article contains swearing, spoilers, or anything that might be offensive, please blank it and type {{D|bad content}} on the page.

An administrator will look at any articles for deletion as much as possible.

Sometimes websites will need to be looked at by an administrator before you are allowed to link to it. Unless it is an offical owned by Lego.

We do allow linking almost any BIONICLE fansite as long as they seem to have appropriate rules and policies.

Linking to any BIONICLE forums are also allowed, as long as they don't have inappropriate content.

It is prohibited to link to any non-BIONICLE forums without permission from an admin first. The exception to this rule is if it is another Wikia forum.

We will only allow mention of other BIONICLE wikis as long as they are hosted by Wikia (or if they've been approved by the The BIONICLE Wiki administration).

Linking to BioSector01.com (BS01) is currently allowed as long as the link is to a specific userpage.

Copying information from any other Bionicle wiki and adding it here is prohibited, and vise versa, and may result in a ban.

This section was created because lately there has been a lot of debate over who is allowed to vote in matters such as user promotion or important site decisions that the admins leave for the community to decide, like the past tense rule.

The guidelines for being able to vote are as follows:

The guidelines for how voting works are as follows:

Blog posts may not violate any of this site's rules. Non-canon and off topic material is allowed, as long as it is not offensive of inappropriate. Flaming and spamming will result in a warning or ban. Each administrator may judge individually what is considered spam or flaming, and they have the right to punish as they see fit, within reason.

We do not want to restrict freedom of speach, but we realise that personal opinions (Religous, political, etc.) can become a battlefront between people. So we will allow users to state what they believe and why, without making other opinions look bad while doing it. Discussions between users over their personal views and opinions is allowed, unless it becomes offensive or turns into an argument. If your discussion does turn into an argument, the pages where the argument occurred will be protected or deleted and any offenders will be blocked for a minimum of a day to cool off.