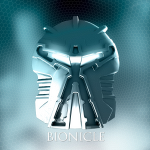 I'm a now a full timer with a job and quietly watching this wiki, while obtaining rare info of rare Bionicle sets and Lego toys as a hobby.

I started collecting BIONICLE since August 25, 2001 (I remember the date because of the 9/11 disaster and Pohatu was my only Bionicle set back then) and joined the Kanoka Club and Lego Club on July 2002 (I am still in the Lego Club and MLN).

How did I get the other comic issues that I miss? Well though going to thrift stores (almost every day back then) and one time traded my favorite Pokemon card for the first 3 issues to a former classmate at local homeschool group way back then. The other Bionicle sets were 90% from thrift stores, 5% were prizes, gift swap/exchange, and B-day/Christmas gifts, and 5% from the clearance section at the retail stores or online (mostly me buying them or getting them free as gifts), but the Bionicle media like video games and books are somehow found by mostly by my mom or me....

Anyways.... one day when I am not busy with real life, I will return to help this wiki out.

-Rahi: Nui-Rama (a few pieces missing, but I will find the spare parts one day), Nui-Jaga (their parts are starting break; minor rebuilt soon), and the Manas

-a few original Matoran and some are McDonald's promo: Kongu, Huki (now change to Hewkii), Jala (aka Jaller), and few scatter parts of Matoro, Macku, and Onepu (which I found in a local thrift store in 2002, only Kongu and Huki had their posters).

Others: Boxor (the instructions has a lot of errors and mis-steps) and Exo-Toa (2x) Note: both found in the thrift store on different months (one came with the whole box set and other from a bag of assorted bags of different Lego theme sets)

Matoran: Hewkii and Hahli (I found some of the Lego pieces of hers among a bag of assorted Bionicle pieces and parts)

Toa of Light: Takanuva and his vehicle

Toa Metru: Whenua, Nokama, Matau, Vakama, Onewa, and Nuju (Note: when I got Onewa, his "twin pikes" were slightly deformed.)

Others: Turaga Dume and Nivawk (Nivawk is missing almost all of his pieces)

Note: Krekka, Nidhiki, and Nivawk sets were the first Bionicle sets that I own that were brought and found as incomplete packages due to the fact there is suppose to be 4-5 bags of Lego Bionicle pieces in each set and after a month's trip of refunding the sets (all the sets have the same incomplete packages regardless of which stores to refund them). My mom decided to help me find the missing pieces by shopping at thrift stores.

Toa Hagah: Iruini and Norik (Walmart special edition) and Bomonga (recently found his box, not sure where I mis-place him...)

Toa Inika: Hewkii, Nuparu, and Kongu (both Nuparu & Kongu are missing their secondary weapon with the zamor balls)

Piraka: Zaktan (incomplete set; missing his zamor spheres and a piece of his armor)

Toa Mistika: Mistika Tahu (Nuva) and Mistika Onua (Nuva) - the first one came with only his container and a few parts, but I managed to find another set WITH the figure- ^^

Bad Guys: Several that I cannot remember (need to find them).

In my "repair box" (updates)

Semi-active (mostly in the daytime)

Well.......You have reach to the void of endless imagination and... energized protodermis. If you don't want to be the next "victim" of Kaisira, Toa of Void then don't read this page!

Retrieved from "https://bionicle.fandom.com/wiki/User:Amanda113122?oldid=193793"
Community content is available under CC-BY-SA unless otherwise noted.