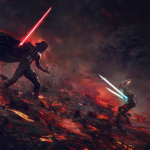 hello everyone I am the creator of http://bioniclereviews.wikia.com

Nikilia was once a Ga-Matoran, but he was the only male. The Toa Hagah found this weird sphere. Kualus dropped it off a cliff. It Hit me! When it hit me it shattered. Electricity encased me. I grew and grew. And I became Toa Nikilia.

“Bohrok, on Vela Nui again!" I said. I did a backward flip and blasted one with repetitive blasts of Water and Thunder. "Dang, That was Gahlok." It grew into Gahlok-Kal. It raised its Magnetic shield and blasted me back. "Really I need a team." A gust of wind hauled me into the air. Next to me was a green figure. "My Name is Toa Neton. Said the Figure in green flying gracefully through the air. I was formerly in a group of 6 Toa but the others were destroyed by 20 Bohrok-Kal." "Wow thats harsh, I said. My name is Toa Nikilia. I have had 2 weeks as a Toa so I am sort of New, now lets go kick some Bohrok Bum. We flew down smashing them. I whirled my Aqua Axes around and smashed the krana out of their Bohroks. Neton swung his Air axes around. We had defeated all of the Bohrok except 6 Bohrok-Kal. Neton and I ran towards them. We realest all our elemental energy inside of us, the we collapsed. The energy swirled in the sky for a split second, then a devastating thunderstorm erupted overhead of the Bohrok-Kal destroying them.

2 hours later we woke up to a red mask. “Hi my name is Toa Tanua. Toa of Fire. former leader of the Toa Zela.” Said the red masked being. “How are you former leader?” I asked “They were killed, by 5 Rahkshi, there were only 4 of us.” “I am Toa Nikilia and the Toa Next to me is Toa Neton. Do you want to form a Team?” “Ok.” Neton and Tanua said at the same time.

It was decided. They were the Toa Dela

The three Toa Dela ran to the shore where an explosion had just happened. A team of 3 Rahkshi walked past us one red, Blue and Green. “I am taking no more chances, these Rahkshi could kill some Matoran.” Said Tanua. All 3 of us got out from behind the bush and shot small beams of elemental energy at the Rahkshi. We made sure they barely felt anything. They turned around and faced us. They hissed and ran at us. We did backward summersaults and blasted them hard. I raised a giant wave from around the shore and make it crush the blue Rahkshi. Tanua Led the red Rahkshi to the top of Mount Hagah and Made it erupt, destroying the red rahkshi. He was unharmed because of his natural resistance to heat. We teamed up against the Green Rahkshi and used our powers to make a whirlwind of sand fly into the air. Tanua sent a jet of flame at the sand (which was over the Green Rahkshi) at the same time as I sent a jet of water at it. The Rahkshi was Incased in Glass. I brang my Aqua Axes down hard on the Glass, Smashing the glass, and the Rahkshi into 1,000,000 shards. There were 3 happy Toa Dela standing around 3 very destroyed Rahkshi.

In the Arena 45 Minutes later….

Tanua, Neton and I were Ready for battle, Bogario came out. We ran at Bogario, he suddenly changed. "Hello my name is Makuta Terihax and welcome to your destruction Toa Dela. "I am Toa Bogario and that guy tied me up, Lucky Rahaga Pokus walked past and herd earth smash into the door, now lets take this Makuta Terihax to the dump. Said Toa Bogario.

The 4 Toa ran towards Makuta Terihax. Suddenly 5 figures were standing around Terihax. Names Makuta Nexiax, Said the Figure in Blue, this is Makuta, Dayiax, Kuakiax, Herilax , Jeriax and I see you have already met Terihax our leader." "Keep talking, you are going to lose you're head soon!" I said

If you want to hear the rest of the story go to custom Bionicle and look up Destructive thoughts.

I have loved bionicle ever since I was 9. My best friend got me Takadox for my birthday. I played with him for ages but when his birthday came up 1 year later I got Toa Hahli Mahri.

I took my Takadox to school, he took Ehlek and a made up dark hunter. We played with them for 3 weeks until they were banned with other toys e.g Tamagochies. At first I though bionicles big thing, not. But now they mean heaps to me.

My other best friend and me and the best friend i talked about erlyer started playing our own bionicle game. I would play as Toa Nikila a Toa of Water that looked like Toa Gali Mistika. Friend 1 played as Krika. Friend 2 Plyed as Toa Neton. Then people at school started to make fun of us and annoy as hence the name of the title.

The we thought how about we go to friend 1's house so we did and played with Gali, Tahu and onua Problem solved

My best friend just got me Kirop for Christmas, Awesome.

I can no longer Bring Bionicles to school anymore. It is annoying because I am a Senior. You get teased. But when I get Home, hehehe.

Summery of my Bionicles

Summery of my bionicle books

Bionicle legends 6 City of the lost.

Bionicle legends 7 Prisoners of the pit.

Bionicle legends 9 Shadows in the sky.

Summery of my Bionicle Comics

My new fav is Tarix

Retrieved from "https://bionicle.fandom.com/wiki/User:Kingdonfin?oldid=136250"
Community content is available under CC-BY-SA unless otherwise noted.