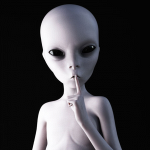 IMPORTANT: Auserv will be gone until further notice. See here for details. Back! =D

Auserv, formally known as ToaAuserv, Auserv, Toa of Electricity or Auserv: Toa-Kal of Emotion is a Toa of Electricity who thought it would be funny to do his user page in third person and in the format of an article. He is an admin on Bioniclepedia and he also edits the Custom Bionicle Wiki.

Once upon a time, a nameless being floated through the internet. He knew he liked Bionicle and he had found a website, BZPower.com, with tons of other people who liked it too. So he joined BZPower and was given a name: Auserv, Toa of Electricity. Soon after joining BZP, Auserv realized he needed a source of information for Bionicle reference. He had the Bionicle Encyclopedia, but it only went up till halfway through 2005. And he discovered BionicleSector01 Wiki, a place with a goldmine of Bionicle information constantly being updated. He looked at it for info, but he never joined or edited, because he never saw the need to. But he read, and became very, very knowlegeable about Bionicle. And one day, BS01 Wiki went down. Auserv needed some place for Bionicle reference, because he knew Wikipedia could be unreliable. He searched for another Bionicle Wiki and found one, called Bioniclepedia. This Wiki looked like it had potential, but currently it didn't have too much information. So, on September 5th, 2006, he signed up as ToaAuserv, vowing to help Bioniclepedia become a great Wiki. He's been editing like crazy lately, trying to fill in the Wiki with all of the Bionicle information he can supply.

Unfortunately a plague came upon Auserv, starting on February 21st, 2007: lack of time for Bioniclepedia. When he could come on he would, but he was less active until May 14th.

Thankfully, school's out for Auserv as of June 15th and he's going to be homeschooled now! Auserv will have a lot more time for Bioniclepedia in the future since he won't have to leave home for 6 hours every day anymore.

On July 16, 2007, Legodude760, ToaAuserv, and Toa Tahkeh, decided that the Toa of Electricity should be an administrator. Since no one with the capabilities to promote members were aware of this, nothing happened for a long time. But finally, on October 1st, ToaAuserv was made an admin by Angela.

Auserv recently went through a transformation from a Toa to a Toa-Kal, losing control over Electricity (except for his mask power) and gaining the ability to influence a being's emotions. He has recently traveled to the island of Dyteeli as a guide to the Toa of Ayomeii, who have lost their Kal powers and want them back. For more information, read Auserv's chronicle of these events on BZPower.

Auserv can control a being's emotions and has the power to edit articles. He carries his laptop and a case full of Bionicle books, which are of extreme aid when editing.

Auserv has several responsibilities on this wiki. He is in charge of enforcing the personal image policy and also runs the rating system. He also manages the to-do list. And since he is a bureaucrat, he is also responsible for reverting vandalism, deleting and protecting pages, blocking vandals, editing the wiki's interface, and promoting users to rollbackers, sysops or bureaucrats.

Auserv's brother, Toa Tahkeh has recently joined Bioniclepedia as well. He is a Toa of Fire and also wields a laptop, like Auserv. He and Auserv share the same books, and he currently edits whatever he can think of, usually fixing the tense and adding more detail.

Okay, I'm going to stop talking in third person for this section of my userpage. This being my 300th edit, I have decided to post the prologue of the fanfic I've been working on for months here. In exactly two weeks, I will post the prologue on BZPower, followed eventually by the rest of the book and series (yes, there will be a series with six books). I can't post the whole book here, because it's 25,754 words long, but I'll put a link to in my sig once I post it on BZP.

Please give me feedback on my talk page.

The Tables Have Turned

by Auserv, Toa of Electricity
Prologue


There once was an island far to the east of Metru Nui. Unlike that great city, this island could best be described as ‘rural’. Those who inhabited the island were few and far between, with several villages scattered all around. The island was called Ayomeii, but most simply called it ‘the beautiful countryside’.

Once, long ago, the Toa there led normal lives, or as normal as being a super-powerful defender of justice allows. That was long, long before the day that their Toa of Water, Roqini, discovered a strange liquid in a cave unearthed by a strange shaking of the earth... To understand the rest of this story, first the story of their transformation from normal Toa to concept-controlling Toa-Kal must be told.

Krakana, Toa of Earth, was still slightly disturbed as he followed the light of Fire Toa Grunekt’s torch blade down further into the darkness. He remembered the events that had brought them there. The sudden rumbling, all throughout the island... He had sensed nearby the opening of a chasm... The Toa had descended to find the cause of the earthquake, and now they heard sounds of the earth itself quivering below them, growing louder and louder with every step they took.

The chambers were lit by the magma that flowed through the area, giving the Toa just enough light to see in front of their faces. A lava rat scurried away as the Toa passed a dark alcove.

Krakana braced himself for the worst as the Toa finally rounded a corner into a large chamber. What he saw...was nothing. No giant, fear-inspiring Rahi or anything. The most abnormal thing in the entire chamber was a tiny stream of a silvery, thick-looking liquid. There were also several holes in the ground that the liquid was passing over, slowly filling them

Xironu, the team’s Toa of Plantlife, chuckled to himself. “How horrendous,” he murmured sarcastically. “So some liquid made the earthquake?”

Roqini was examining the liquid carefully, using her knowledge of water to try to figure out what it was. “It’s not energized protodermis, or anything else I’ve ever seen...” Using her powers, she commanded all of the substance to pool together in the holes, filling them close to the brim.

Guutana, Toa of Ice, stuck his hand into the substance. As if it was alive, it began to flow into his hand and through his body.

The island’s Plasma Toa, Desurk, knew Guutana well and had discovered over the years that the Ice Toa was almost always right when he did something impulsive. Desurk stuck his hand into a separate pool of liquid. One by one, the Toa stuck their hands into the pools of liquid, and felt it come into their body and course through their veins, empowering them, changing them from the inside out.

When they had sucked the puddles dry minutes later, they looked around at each other and themselves slowly. Nothing externally had changed at all, but internally they felt energetic and powerful.

But little did the Toa know, they had just absorbed a substance incredibly similar to the one used by the Bahrag, far to the west of Ayomeii, to mutate six Bohrok into the Bohrok-Kal as a failsafe in the case that the queens themselves were stopped somehow. When Bohrok suits of armor were exposed to the substance, control of fire became control of electricity, control of water became control of magnetism, and so on. When Toa of those elements were exposed, they took on a new element–more of a “concept”, really–that had to do with their mask power. For this reason, although none of the Toa would ever know exactly why the name occurred to them, the Toa of Ayomeii renamed themselves Toa-Kal after their bath.

Krakana, wearing a Kakama, received Speed. Desurk gained the ability to control Thought, because of his Kanohi Komau. Guutana, bearing a Hau at the time, became a Toa-Kal of Courage. Roqini’s Kiril, only able to mend inorganic things, could now heal any wound. Grunekt wore an Akaku, and it gave him the power of Vision. And finally, Xironu’s Rau was responsible for his becoming a Toa-Kal of Speech.

And from this point, the tale of the Toa-Kal begins...

Retrieved from "https://bionicle.fandom.com/wiki/User:ToaAuserv?oldid=197932"
Community content is available under CC-BY-SA unless otherwise noted.