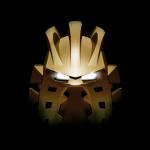 I first discovered BIONICLE when I was just 7 years old, when I collected all of the strange, tiny lego figures from McDonald's. They were colourful and fun, and I brought them everywhere.

I'm an adult now, and BIONICLE has been a cornerstone of my creativity and inspiration for over a decade. Honestly, I don't know what kind of things I might have done, or ended up doing without it, but the Bionicle story has always been one of my biggest obsessions, alongside Star Wars and Mass Effect.

Gali was my first Toa, and although I had no idea she was female at the time, she was, and has, been my favourite since 2001. Years later, when I finally had access to wireless internet, I was blown away by the realization that she was the only female among the original 6. It made her even cooler, knowing that she was the only truly unique of all the Toa Mata.

Since then, I've read every existing BIONICLE book, comic and news article on the web, and save for a few odd, vague characters who had little impact on the overall story, I can name nearly every known Toa, Matoran, Turaga, Rahi, Bohrok, Rahkshi, Makuta, Barraki, etc. off by heart. Even most of the Kanohi!

Just for fun, I figured I would share some of the Elemental Ability descriptions I wrote down over the years, using the page format on this website. Enjoy!

Kinetics was an energetic Elemental Power involving momentum and inertia in the Matoran Universe and Spherus Magna. This was one of the most common elements, and was used frequently by Toa, Turaga, and Matoran.

Toa of Kinetics had almost perfect control of the element, while a Ki-Matoran was simply resistant to motion-sickness, and had great equilibrium. Turaga of Kinetics had powers somewhere in the middle.

All Toa, Matoran and Turaga of Kinetics were Female.

All users of this element were passively unaffected by vertigo, and boasted near-perfect balance.

Kinetics users benefit greatly from pairings that have access to the creation of solid objects. They can imbue almost anything with incredible amounts of physical energy, vastly increasing the impact of projectiles such as rocks, metal and hard-packed earthen material.

The best pairings for Kinetics Toa include:

Eldritch was an ectoplasmic Elemental Power involving spirits and souls in the Matoran Universe and Spherus Magna. This was one of the rarer elements, and was used infrequently by Toa, Turaga, and Matoran.

Toa of Eldritch had almost perfect control of the element, while a Cre-Matoran was simply resistant to possession, and could sense nearby spirits. Turaga of Eldritch had powers somewhere in the middle.

All Toa, Matoran and Turaga of Eldritch were Male.

All users of this element were passively capable of detecting the presence of nearby spirits, and making contact with them.

Eldritch users benefit from those capable of creating solid matter in the form of golems, allowing the Eldritch wielder to bind spirits into a powerful elemental body.

The best pairings for Eldritch Toa include:

Glass was a beautiful but dangerous Elemental Power involving crystallized sand in the Matoran Universe and Spherus Magna. This was one of the rarer elements, and was used infrequently by Toa, Turaga, and Matoran.

Toa of Glass had almost perfect control of the element, while a Sha-Matoran was simply resistant to laceration. Turaga of Glass had powers somewhere in the middle.

All Toa, Matoran and Turaga of Glass were Male.

All users of this element were passively harder to cut than other beings, and were capable of sensing fine cracks in most materials.

Glass users benefit from those capable of generating energy-based abilities, allowing them to enable and empower their allies by creating impossible angles of attack with mirrors, or constructing focusing panels that amplify any energy that passes through them.

The best pairings for Glass Toa include:

Retrieved from "https://bionicle.fandom.com/wiki/User:Toa_Alloy?oldid=195894"
Community content is available under CC-BY-SA unless otherwise noted.