an you plz tell matoro 1 i am sorry

thank you so much

nice to know you

Hi. sorry about the crazy mail can we be friends? :)

It wasn't the wrong one. It was the right one. Thanks!

I deleted a spam comment on one of his other blogs.
BobTheDoctor27 We saved the O-Zone Layer, now let's save Bionicle Reviews Wiki!!!!

How to get dem?

After all Greg made alot of bionicle comics and that means the admins could add the info to the wiki right? Dont get angry if he doesnt count.

You should add a character infobox to your page. Like everybody has them, including all of the other admins. BaraMagna

We don't know if the story is going to continue until 2011 because i've been reading and the Stars represent the final battle on Bara Magna infasis on Bara Magna.TERIDAX 04:12, February 16, 2010 (UTC)

Hey Mata Nui. 2 things to say. When you are making your funkier sig, do you have to type that in on your signature?

What the? I wasn't talking about your siggy! BTW, on my Toa's Page, I tested what I wanted my custom siggy to be like and it only came up in the formatting/code font in green and no black background! And when I put in Mistral for the font face, it was f/c font! I put it all in! I'll try just green in normal font.

About people's boring siggy but then turn it into a funkier version!

Hey I checked my Toa's Page. Does that mean every time I press the siggy button when I'm chatting, that siggy will come up instead of the old one?

can i please edit the first page?

How do I create the stats thing on my userpage? BaraMagna

Could you do it for me, because that's a LOT.

I did what you told me and it didn't work.

It came up as if I had typed it. Do I need to type the code after I've saved my preferences? I'll type in the code again.

How is this for the siggy?

Blog of the Week Rules

I'm gonna put the BotW Rules on the BotW Talkpage. Read it once I have finished and then tell me if you want me to edit anything.

Do you want a shot at my quiz I've created? Go to My Blog. It will say Quiz.

there is 2 of the same links at the main page

Blog of the Week

If you are heading to Norway, tell your family to have a nice time there. And to you too, have a nice time. And I might get a photo of Surakh for the Fanon Bionicle Wikia.

P.S. You can respond if you want. If you're busy, you don't have to.

How do you make colored words like on Panakalego's userpage?

Just look at it

I think that LewaMataToaofMischief should be a rollbacker now. He has 5 votes with none against.

My name is Tuma55 you probably d'ont know me since I am a reletavily new user here. Anyway I saw your name in a number of places on the wiki so I thought I would ask you fore help. The problem I have is if you look on my userpage you will see a template I made and then not far from the template a MOC Toa I made ( d'ont confuse it with the Tuma picture. ) I want to put the MOC Toa on top of the template. If you have free time can you do that . Thank You, very much

So, now that the BioniclePedia move is done, are we going to bring back the Rating system?
BobTheDoctor27 We saved the O-Zone Layer, now let's save Bionicle Reviews Wiki!!!!

Reason I was Inactive

In case you were wondering why I was inctive, my computer's internet browser went kaput and I'm now using Mozilla Firefox.

You weren't being insulting and Firefox is better! I can't use Internet Explorer now. Anyways, if you're still in Norway, or were ever you went to go skiing, keep having fun!

Really?! I didn't know! Oh well. BTW, if I want my name to be on the Community-Featured Users-More section, do I have to get 700 edits? And I'm meaning the thing at the side of your screen. Under Search Lego Bionicle.

I need to kill myself. 2,734 (or whatever the number was!) edits?! Cheese and crackers, toast and jam, I definetly need to stay off of wine! Haha! Anyway, thanks for telling me and the wine joke isn't true! It might be though!

You know how there is a rule saying you can't post a YouTube link? Well I hd to paste one on my Toa's Page and I can't get the video on here itself. If you can help me, the name of the video is Alien vs. Predator Shower.

P.S. The video is weird.

How do you create a sandbox? The One, The Only, Bara Magna

How do you split your talk page into archives? Bara Magna

I was just wondering if it was only you, or do multiple people run the wiki? Are there other staff members? And also, are there any awards you can gain for editing articles and stuff like that?

Blog of the week

You are forgetting the BotW.

How do you make userboxes like the ones on your userpage? I know how to on the Avatar Wiki but not here, there they have a page with instructions and stuff can you help me out? dudewaldo4 00:31, March 19, 2010 (UTC)

Thanks for the sysop abilites, I won't let you down! I'll be here at least once every day. Bara Magna 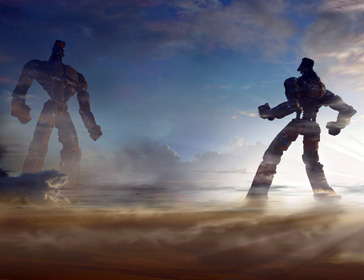 should be the wiki's new background, because the Glatorian Legends one is kinda old.

The one with the ignika, and the arena! Look above the logo!

which Bionicle year has been your favorite one?

The BM Map image had a personal image stamp on it. I deleted it, because it was already on the Bara Magna page. Bara Magna

Am I User of the Month?

Is a sysop the same as an admin? Bara Magna

Well if i am not wrong i saw in a post he did mention something about coming from Sweden and maby even he said something in Swedish...I could be wrong. I will ask Bara magna himself Tesarasleader

^^ Many Swedish people here :D P.S i am a little confused because i just came home from Thailand 3 hours ago. Am i rollbacker or is the request pending?

Thanks cuse its good to know! Tesarasleader

Man a vandal is giving users the message: you got owned by the mysterius! do have the ability to ban his id/ip from connecting to the site or will it cause that all unregistered users unable to connect to the wikia?

Ya did block him while i wrote the message :P and what typ of admin are you? Sysop, Buerucrat or Rollbacker? I think your a Beurucrat.

nice :D Also did ya notice that in my talk page your signatures goes like this

It's been a month since you said you would give me the sysop powers, and then see if I was worthy in a month, and do I deserve it?

Hey, I edited lightvine and said it was Radiak instead of Antroz that made a quote. I checked my comic, and sorry, it was Anroz. Thanks for changing it back.

User:AvMatoran has made a spam page called Stuff. I deleted all content of the page, but I haven't scrubbed the page clean. (Making sure that it doesn't come on the search.)

Someone has created a page about Stuff, please delete it.

Retrieved from "https://bionicle.fandom.com/wiki/User_talk:Mata_Nui/Archive_I?oldid=109262"
Community content is available under CC-BY-SA unless otherwise noted.