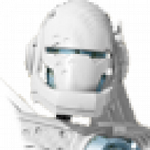 It depends on if you are using the wikisource editor or the "Rich Text Editor".

If the latter, then I have no idea.

If the former, then copy & and paste the following onto the page:

Another easy way is to use the <div> tags. Example:

Hello, and welcome to this wiki! I am a rollbacker here, and if you have any problems ask me. :) Bara Magna

I'll try to rewrite it, at least partially. I'll remove what I can't rewrite.

I told you once, and I tell you twice - I'm his friend and he gave me this account. Why'd you erase my name for voting for him? Not kind at all.

I'm offended by you thinking I'm a dupe of Starscream7's. My Proof? SS7 is banned on CBW and I am currently editing there. I would be banned as well If I was his dupe.

Allright - this is ridiculous. You're pleading to Kazi22 and Mata Nui to bann me and those other users. You do know that this is their first time here and you're trying to get them in trouble. Now, for the last time, they are not dupe accounts! Why are you here, anyway?

Monasti, we're mixing the information into fanon information on CHFW. What're you thinking by informing Wikia? If you remove the info on CHFW, why? We're allready going to mix it up! What's up with you?

Calling me a Vandal? Edit

Tuma55 left because I said that he needed to watch his Grammar. However, we met about it and became even about it. Besides, why are you even busting into that? Plus, how about a Thank You for me undoing the articles on CHFW? And I'm immature? I've proved not to be nowadays. I'm mature enough to be many things in Reality. Lastly, I'm not a Vandal. Dude, what's with that? I told you what happened! (Or did I?)

Dude, we're not using your templates! Check out our Character one. Furhtermore, I will re-do the articles over time. By January 5th, they'll all be re-done. That includes the 2010 Heroes and Villains, as well as the Drop Ship and the Furno Bike.

Can you show me their IPs through a few links or some other way? I'm a bit supious that User:WaterLord made one edit to a page that wasn't his userpage and Request for Adminship. I'm agreeing with Mata Nui on this subject. -Mazeka369 Cool! 05:23, December 27, 2010 (UTC)

I can see you're angry about Starscream - but there's no reason that you should be erasing the votes for him. Yet anyway, he said he'll try again once he reaches around 700 edits. Now, I'm going to be leaving here and heading back to CBW so that I won't be involved in this. In other words, I'm rather tired with all of this SS7 dupe accounts.

I'm not a liar in reality, Monasti. That's where I am now - not staring at that phony avatar of Karzahni.

I will, maybe before New Years. What will the staff do if I don't finish it quick enough?

I'll erase all of the pages now as long as I'm not perma-banned. Promise?

I finished your list last night, and yes, I'll un-block you :)

I believe that Toa Spyck is using your character template. That's why I left them alone. I never took the templates because they wouldn't come out right. Should we change ours? We're thinking about modifying it, anyway. Yet as for now, from what It sounds like, It's a deal.

I thought King Joe un-blocked you, didn't he? I'll try.

Hey, I saw your argument with LewaMata and just wanted to thank you for maintaining your composure. I've gone ahead and protected the blogs and given LM a warning block (just to let him cool down; feel free to speak with me if you don't like what I did). --Bold Clone 16:44, April 18, 2011 (UTC)

I agree with you; you were trying for a debate, which is the appropriate response. However, LM tends to be sensitive in matters, and IMO, overreacted. He tried to turn the debate into an argument, and I'm glad you didn't stoop to his level. I'll let him know that you're sorry, should he speak to me, and I hope I was able to stop the situation from getting out of hand. --Bold Clone 16:55, April 18, 2011 (UTC)

Yes, you can rollback userpage edits. I warned the IP yesterday, and no, there wasn't anything on the page; only the default "Favorite page" and the image location thing. I didn't rollback, though, I just erased the affected text because you didn't have anything on it anyway. :P Toa Roden

My point exactly. You let him back into CHFW because he hasn't caused trouble there. I think he should be unblocked here because he's never caused trouble here. Baterra1202 20:54, April 26, 2011 (UTC)

The Next Line of Bionicle Books. Edit

I don't know where you heard that he can't read fanfiction, because... That would mean that he basically can't read books aside his...

Either way when I contact him, he'll tell me.

Past-tense. I think the only page on this wiki where present-tense is used is supposed to be used is the timeline. Toa Roden

SS7 has been asking one of our administrators to unblock him. I do not remember what our latest policy towards him is - should he remain blocked on all Wiki Metru sites, or can he be forgiven?

Thank You very much for having me unblocked here! No more vandalism :D

I have one big plan for the near future - create a film called BIONICLE: Universe, with help from TheSlicer.

Also - King Joe and Wikishmid need you badly on CHFW/Wiki Metru. Voting for the Mascot Contest, I believe. Good Luck!

Retrieved from "https://bionicle.fandom.com/wiki/User_talk:Monasti?oldid=146334"
Community content is available under CC-BY-SA unless otherwise noted.