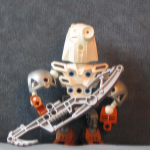 Hello, guys. This is the place to continue our awesome story. Remember to create a new section every time you post and put your name as the title.

To refresh your memory on the situation were left off before the downtime, read the currently last chapter of my book "Forgotten Destiny", Part 1. Also, to get yourself acquainted with the backstory more properly, check out Zakann's timeline.

Also, this time we're not bound to the rules of Bzprpg. Let's have fun!

As Rylus and Lux helped untie Tapio, Rauha, and Rakas, the former noticed the suspicious band of Onu-Matoran approaching. Rylus didn't like the looks of that.

”Hey,” he murmured to the others, ”See that less-than-friendly-looking gang of Matoran over there? I think they've got a nasty surprise in store.”

”That would be scary-bad indeed,” Rakas said, clearly worried, ”There are, perhaps, twelve? Thirteen? Large-number Earth-gang is no easy foe.”

Rylus grabbed his Volo Lutu, trying his best to keep it hidden. If his suspicions were correct, this would not be an easy fight.

As Stronin lay dying on the ground, thoughts whirled around in his mind. He had never truly thought he would die so early in life, for he had expected to live longer. He knew that he had gone through many near-death situations, yet he had never come this close to dying ever before in his life. However, it seemed he would be entering the domain of Karzahni very, very soon; as in several minutes soon.

"Idiot! Are you just going to lie down and die?"

The voice rang through his mind, causing him to mentally wince at the noise level.

"Well yeah," he replied morosely. "There's nothing else I can do."

"Of course there's more things you can do! Just because you're lying on the ground bleeding and half-dead does not mean you can't survive!"

"I'm lying on the ground half-dead and bleeding," Stronin shot back. "Of course I'm going to die."

He winced in pain as he felt his life slipping away. It seemed as if he wouldn't have much longer to live. That was when something akin to a slap slammed into his face, even if it was merely a mental creation.

"Well I won't be Toa Stronin any longer in a few minutes," said the Iron Toa dryly, wincing again as pain coursed through his body once more.

"The Toa Stronin I knew would always keep his promises."

This caused Stronin to freeze up, his mind flashing back to his past, when he was much younger. The voice, triumphant at its victory of the Toa, spoke, the tone of voice making him feel as if it was smirking.

"You still haven't fulfilled that promise. How are you going to if you die?"

Stronin felt lighter than before, as if several mental chains snapped, allowing him to freely move around. Having freed his mental self from despair, in the physical plane one of his fingers twitched.

"I've been such a fool," he chuckled. "How could I have forgotten that promise?"

Back in reality, his whole arm twitched.

"So you understand now eh?" said the voice. "You're supposed to survive. No matter what it takes, you have to live long enough to fulfil that promise."

He clenched his fist, and back on the physical plane, his body did the same.

"By the way," he continued, addressing the voice. "Who exactly are you?"

A chuckle came from all around him.

"I'm you of course. Who else other than Stronin himself can make him live. Now go bring down the fist of Mata Nui on the world. Good luck."

And so, Stronin began to pull himself off the ground.

"I don't need luck," he said as he began to lose connection to his mental world. "I'm Toa Stronin."

Retrieved from "https://bionicle.fandom.com/wiki/User_talk:Toatapio_Nuva?oldid=153234"
Community content is available under CC-BY-SA unless otherwise noted.